(From Minta's perspective...and partially abridged by Michael) This is very long for a couple reasons; 1. I love to write and 2. Our story merits a million words!!

I had been home from my study abroad in Spain for about two weeks when my mom told me that a boy named Michael Keller would be calling me to ask me out.
Now for a little background... my mom and dad lived with Michael's grandparents when they were first married. His grandparents knew my grandpa and much of my dad's side of the family since way back when, and they've been special people to our family since I can remember.

So...what led up to the phone call was a lunch with my parents and Michael's grandparents. They got to talking and realized that they each had a very eligible, hehe, and unmarried young adult in their family. Michael's grandmother asked for my cell phone number and called Michael right there in the middle of lunch to give him my number. Their job was done, little did they know the perfect match they had just made.

Michael, at the time of the phone call was deep in the Wasatch Mountains backpacking, but would be getting back later that day. When he picked up his phone after getting back to civilization and saw that his Grandma had called he had an idea of what she might have been calling about. He was well aware of the lunch that was taking place, and was also aware of the fact that my parents had a beautiful single daughter (Having met me about a year before in passing, and my Dad having already told him to take me out over the summer).
Like the obedient grandson that he is, Michael called me and we set a time for our first date.

He picked me up and was wearing a midnight blue suit and a maroon button-down dress shirt and looked incredible. I was wearing a combination of mine and my friends’ clothes that I thought would make me look the cutest... I curled my hair, but because Michael was on time, I didn't have time to curl the back... I don't think Michael noticed :)

We went to a BYU folk dance performance and I was comfortable right away. I caught him looking at me a few times and was very flattered, as he was quite a stud himself.
Then we went to my ward Christmas party. We got a chance to laugh a ton together and then we danced to four slow songs. I was smitten; really, I'm not just saying that.

I was set on going out with him again and later I found out he was too when he asked me out for a second date before the first date ended, man he’s SMOOTH! The hug at the end of the date was a very good one, it was two handed and not too short. He also held my arms as he expressed gratitude for the date and plans for the next.
On the next date we were both dressed up again for the BYU racquetball team Christmas banquet (he is on the team). We started out playing some ping pong, and then went to the banquet, it was great, and we got to see a lot more of each other and our interactions with others.

Then, I found out that I’d be going home for Christmas a week early to nanny. I was a really sad because I wouldn’t be able to see Michael for a couple weeks. When I told him I tried to act like it wasn’t a big deal and he played it off like it didn’t bother him either (we’re so silly) but later he told me that he was also very disappointed. The first time we saw each other in Washington was up at the Mamma’s Hands shelter, the House of Hope, where we sled and ate with the kids. It was a perfect opportunity to get to know more of each other.

The next date was wonderful also. We were supposed to go ice skating but couldn’t because of snowstorm(the skating rink roof caved in), but we still enjoyed being together at dinner at a Mongolian grill, and playing games at my house after. We played The Book of Mormon board game- that’s where I saw the scriptorian Michael was. I was sooooo happy to see he felt the scriptures were important. We also had cookies with my parents and watched an episode of Prison Break with them.

Before Christmas Eve he called to see if we were doing anything with the homeless and so they joined us on the streets of Seattle in handing out food and clothing and caroling. Michael had no shame and sung the songs loud and strong. That was also when he first got to meet my sister and her husband and their three kids.

Then,on Christmas day, we talked on the phone and he invited me to go to a movie with his family. I was extremely excited! I didn’t realize that their family was completely snowed in, and the only reason why they could go was because Michael had spent a few hours plowing their driveway so they could go. We went to a cute movie called Bedtime Stories. That was the monumental moment where he first held my hand. He says that He was nervous, but I couldn’t tell. His sister was on the other side and pointing and teasing us the whole time, I loved it! Michael just laughed and hugged his sister. I started to really love his family then.

The next day he had to go back to Utah for work, and we had to wait a long week until New Years day when he came and picked me up from the airport. My flight was delayed and my luggage took about 45 minutes to come, but he showed no sign of impatience and that really impressed me. Since that day we have seen each other every day except for one stupid Tuesday when we had classes all day. He first kissed me on the fourth of January.

Like I said, we saw each other every day. We both knew something really special was going on between the two of us, but hadn’t talked about anything serious. He never asked me to be his girlfriend or anything, it was just a given. We both could tell that we wanted to see each other as often as possible.

Then, at a family/friend get together in Sandy that he came to with me, more than a few people made comments about us being perfect for each other, and one even asked when we were getting married! Neither of us was very uncomfortable, we just laughed and Michael gave me a little squeeze- of course, we hadn’t talked about anything like marriage yet, seeing as we had only been dating for a short time. The next day I could feel it coming. He asked me how I felt about those comments and I told him I thought they were good. We both knew it would work out, and didn’t have to say much more. Four days later he surprised me taking me out to dinner and then bringing me ring shopping. When I realized what we were doing I was so happy but also felt like I was going to pass out. I kept laughing and he laughed too, I was so excited! We found a ring that night. A few days later he proposed in the way that most have seen already. If not, click here to watch! Please excuse all the lubby dubby stuff... we were just engaged!

Since then we have learned SO much more about each other. We had know since pretty close to the beginning that our core values and goals were very much united, but have learned more about who each other is, and how we became that way. Although we have a lot in common, we are two different people, with much to offer to each other. We learn from each other and grow as we constantly do things together. We try our best to balance light-hearted fun with meaningful activities and conversation. We ski, hike, run, read, laugh, eat, do dishes, and more together. We can’t wait to keep doing these things and then also pray, study the scriptures, go to the temple, and go to church together for the rest of our lives. I love him so much and know he loves me by so many little things he says and does to make me happy. My knowledge of a loving Heavenly Father is firmer than ever because of the miraculous experience I’ve had finding and falling in love with one of his choice sons, Stephen Michael Keller.
Posted by Minta at 11:25 AM
Email ThisBlogThis!Share to TwitterShare to FacebookShare to Pinterest 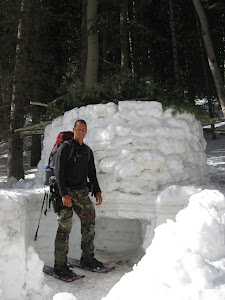 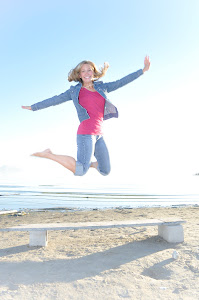 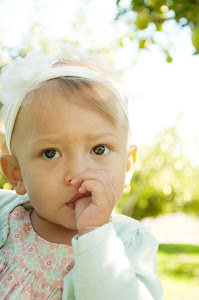 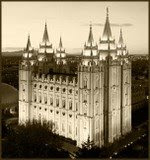